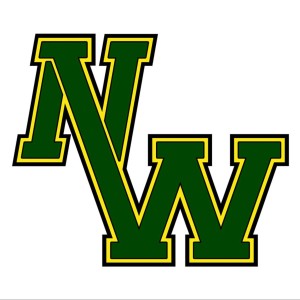 The final weekly WBBL All-Star Five of the 2020-21 season – a May Madness special after the WBBL Play-Offs semi-finals live on Sky Sports last week – is led by the triple-double hero from the biggest upset in WBBL Play-off history, who is joined by a pair of her Newcastle Eagles teammates and a dynamic duo from London Lions including the outright leader in weekly honours. ‘Coming off the bench’ sees three Wildcats make the bench with Moa Lundqvist, Praise Egharevba and Shaniya Rose completing Week 22’s All-Star team.

Alison Gorrell – Newcastle Eagles
The WBBL’s leading scorer put on a huge triple-double performance as the seventh-seed Newcastle Eagles toppled the league champion Sevenoaks Suns in the Play-off semi-finals, scoring 22 points, grabbing 12 rebounds, and handing out 10 assists. She had 13 points, nine rebounds and six assists in a second half that Eagles won 47-32, including three assists along with two key scores and two rebounds in three minutes over the third quarter break as they turned a deficit – that had been as much as 13 – into a lead that they would hold. She brought up the triple-double with an assist for the key score down the stretch, and it’s a sixth appearance in the All-Star Five for Gorrell, with all of those coming in the last 10 weeks as she first led Newcastle’s charge into the Play-offs and then through May Madness all the way to the Play-off Final.

Kennedy Leonard – London Lions
London’s floor general leads all players with this being her eleventh showing in the All-Star Five, and fourth in the last five weeks. Leonard – who was also elected to the Molten WBBL All-British Teams of the Year this week – had another near triple-double as Lions saw off Nottingham Wildcats in the Play-off semi-finals, scoring 14 points with nine assists and nine rebounds, also adding two steals and two blocks. While far from her best shooting performance from the field, she was hard for her opponents to handle all game and drew eight fouls, going on to make 9-12 (75%) at the free-throw line.

Maddy McVicar – Newcastle Eagles
Newcastle’s American guard gains weekly honours for the second time in this campaign, but first since week two as she saved the best for the end. Her contribution to the upset win will be remembered for the clutch three-pointer with just over a minute to play that gave Newcastle a decisive two possession lead, and in total she scored nine of her 18 points in a tense fourth quarter. Playing all 40 minutes, she added seven rebounds and four assists.

Abby Lowe – Newcastle Eagles
Lowe has stood out throughout May Madness and makes her second consecutive showing in the weekly team after following her huge quarter-final performance with a tenacious contribution to Newcastle’s progression to the Play-off Final. She finished with 20 points after hitting 3-4 (75%) from three-point range and making all five of her free-throws, along with eight rebounds. Like her teammates she came up with key plays as 15 of her points came in the dominant second half, including a third quarter buzzer-beater that put Newcastle in front, a triple in the fourth that put them two possessions up, and a series of free-throws that kept the scoreboard ticking over when they went scoreless from the field for three minutes late on.

Stephanie Umeh – London Lions
Another player coming up big in the post-season to make her second All-Star Five appearance in a row, and fourth overall, is London’s American star Stephanie Umeh, who has provided unrivalled firepower off the bench all season. Against Nottingham, she put up a double-double of 12 points and 10 rebounds, shooting 5-8 (62%) from the field. That included eight points and four boards in the fourth quarter as Lions saw off any prospect of a late comeback despite Wildcats getting back to within two shots.